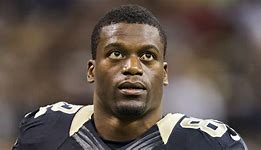 As NFL Commissioner Roger Goodell continues to employ his football version of basketball’s “Four Corners” stall against the New Orleans Saints and the team’s legions of loud and proud fans within the WhoDat Nation who would like to hear some type of official response about last Sunday’s travesty ending, one of the NFL’s most respected players has added his voice to the matter.

New Orleans Saints starting tight end Benjamin Watson announced about a month ago that this would be his 15th and final season competing in the NFL.

A few days prior to the Saints NFC Championship game last Sunday against the Los Angeles Rams, Benjamin Watson was not at practice with his Saints teammates preparing for the game.

He was dealing with a very unique medical issue for an adult male of age 38.   As his team was getting ready to suit-up to play against the Rams, Benjamin Watson was standing on the sidelines dealing with a case of appendicitis.

Appendicitis (from personal experience) initially provides you with severe stomach pain and, later, extreme and frequent nausea.  If you’re lucky (and I was), the doctors will be able to remove the culprit via surgery prior to that useless little attachment to your colon blows-up and spews poison into your blood stream.

Benjamin Watson’s appendicitis problems appeared a few days before one of the biggest games of his career.  Certainly, it was the biggest Saints football game for Watson since the likable and highly respected tight end came to play for the New Orleans Saints.

In Watson’s case, the doctors were able to treat the medical problem without surgery (for now), and he was allowed to be on the sidelines for Sunday’s emotional loss to the Los Angeles Rams.

For Watson, he endured not only some serious internal pain for days prior to the game.  Now, he is dealing with the incredible lingering emotional pain after the Saints loss which featured the infamous “NoLa No Call” which cost the Saints a trip to next week’s Super Bowl game in Atlanta.

A finance major in college (University of Georgia), Watson was drafted in 2004 by the New England Patriots.  After working six years and earning one Super Bowl ring with Tom Brady in New England, he made stops in Cleveland, Baltimore, and New Orleans.

Benjamin Watson has spent much of his NFL career doing positive things off the field for others, too.  He was a finalist last season for the NFL’s Walter Payton “Man-of-the-Year” award for his service off the football field.

A proud father, he and his wife now have five children.  He will be quite busy as his NFL career now ends.

Benjamin Watson, a devout Christian, is a thoughtful speaker on many issues and has even authored a book on race relations in America.

Thursday, Benjamin Watson spoke about his biggest disappointment following the Saints’ crushing loss to the Rams on Sunday.

Like most of us Saints fans, he is asking the NFL’s Commissioner why he has been totally silent in the four days since the game concluded.

“Commissioner Goodell,” Watson wrote on Twitter. “We all realize that football is an imperfect game, played, coached and officiated by imperfect people. What occurred last Sunday in New Orleans though was outside of that expected and accepted norm. Your continued silence on this matter is unbecoming of the position you hold, detrimental to the integrity of the game and disrespectful and dismissive to football fans everywhere. From the locker room to Park Ave., accountability is what makes our league great. Lead by example. We are waiting.”

I have no doubts that Benjamin Watson will be successful in whatever is next in his post-NFL career.

Don’t give up, Saints fans!  The NFL has gone into hiding for a variety of public relations and legal reasons right now.

If someone within the NFL organization encouraged one or more of the California-based contingent of referees (I have now heard there were four of them) to “assist” the Rams in a close game, then Roger Goodell and associates are in big legal trouble soon.  Lawsuits filed by Saints fans will eventually pry into the secret world of how referees are hired, graded, and assigned to various NFL football games.

Worse yet for the NFL, if one or more of the aforementioned California contingent of referees may have been influenced by outside sources (let’s say, underworld gambling organizations who could generate more betting action by virtue of a Rams appearance in the Super Bowl), then the NFL’s “integrity of the game” facade could be exposed, too.

If the NFL was a stock today, they would get my “Sell, Sell, Sell” recommendation.

Though it looks like the NFL has refused to exercise its own nuclear option (replay the final two minutes of the game), I plan to keep wearing my Tinfoil “The Saints got robbed” hat until more information surfaces.

Thanks again, Benjamin Watson, for your contributions to Saints fans’ football enjoyment and for speaking up, as usual, for the good guys.  May you enjoy great success in your future endeavors!

It’s just too bad that NFL Commissioner Roger Goodell isn’t the one who is retiring.

I think Benjamin Watson would make a dandy replacement, don’t you?