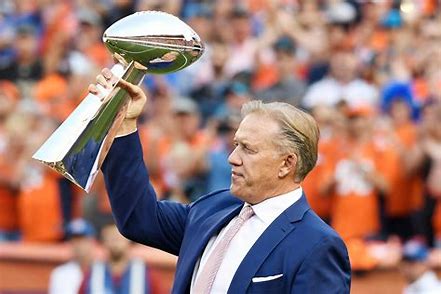 How do you tell an NFL legend that his services as the general manager of your football team aren’t needed anymore?

With the Denver Broncos sitting at 6-9 and finishing 2018 with a second straight losing record, the first person likely to lose his job will be the second year head coach, Vance Joseph.  With his 2017 record of 5-11, it is inevitable that Joseph needs to hit the road.

What about the team’s general manager, though?  Doesn’t he hire the head coach?  Doesn’t he make the big decisions about the player draft and acquisitions for the franchise?

The answer to both questions is “Yes”.

In the case of the Denver Broncos, the 58-year old general manager is Denver’s Hall-of-Fame quarterback, John Elway.  That is the same John Elway who finally won two Super Bowls in Denver during the final two years of his stellar NFL career in 1997 and 1998.

Elway was hired by the Broncos in 2011 to become the team’s general manager.  The Denver Broncos had spent the prior five seasons without making the NFL playoffs.

The first season with Elway at the helm was highlighted by quarterback Tim Tebow’s amazing late-season performance and playoff run.  Elway, however, never felt comfortable with Tebow as a long-term solution at quarterback.

He ultimately traded Tebow to the New York Jets and worked a deal to sign future Hall-of-Fame quarterback Peyton Manning away from the Indianapolis Colts in 2012.

That one move made Elway look like a genius.  Manning led the Broncos back into the playoffs and to another Super Bowl victory in 2015.

After Manning retired, though, Denver has started to lapse toward mediocrity.  After firing former coach John Fox the year before the Super Bowl victory, Elway brought in his former Broncos teammate, Gary Kubiak, to become head coach.  Kubiak coached Denver for two seasons before stepping down for health reasons.

Elway selected a former Kubiak assistant coach, Vance Joseph, to become Denver’s next head coach two seasons ago.  Joseph’s teams have produced sub-500 seasons in both years at the helm in Denver.

The ownership of the Denver Broncos has been involved with a family battle for control in the past few years.  Longtime owner, Pat Bowlen, relinquished control of the team several years ago after developing Alzheimer’s disease.

The team has been operated by team President, Joe Ellis, for several years.  Bowlen’s daughter, Beth, recently has been trying to assert control over her family’s team.  That battle is nothing short of a circus.

Meanwhile, the Broncos fortunes are sinking while local hero, John Elway, continues to make suspect choices for coaches and players.

As one of the NFL’s greatest quarterbacks, Denver fans have believed that Elway’s choices for quarterback should be the one “safe” choice given his knowledge of the position.

However, the Broncos quarterback draft picks under Elway have been absolutely dreadful.

In 2012, Brock Osweiler was a second round draft choice.

In 2013, the Broncos took Zak Dysert in the seventh round.

In 2015, Denver selected Trevor Simien in the seventh round.

In 2016, Paxton Lynch was taken by Denver in the first round.

In 2017, the Broncos selected Chad Kelley in the seventh round.

None of those former draft picks are playing for Denver on 2018.

In addition, Elway is the one who signed quarterback, Case Keenum, to a two year $36 million contract beginning this season.  Keenum, a very talented college quarterback from the University of Houston, had bounced around the league for most of his six seasons.

The Broncos’ lackluster record in 2018 with Keenum at the helm isn’t going to help John Elway’s case for keeping his own job.

The love affair of Denver Broncos fans with their hero, John Elway, is now on very rocky ground following another dismal season in 2018.

Many of Elway’s fans (me included) would like to see ol’ #7 ride off into the Colorado sunset aboard Broncos mascot “Thunder” before this beloved team legend is involuntarily sent packing.