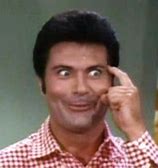 The Association of American Football (AAF) is now deceased.

In the graveyards of start-up professional football leagues, the AAF may have set the record for the quickest demise, as the teams had only played eight games of the ten game regular season.

Dallas Cowboys’ owner, Jerry Jones, can now rent his 12,000 seat (that’s right, 12,000 seat) stadium for another venue now that the AAF’s championship game won’t even be played in Frisco, Texas this month.

What happened, you ask?

Even one of my generation’s most beloved television characters, Jethro Bodine (who graduated from the sixth grade at Potts School in Beverly Hills), could have worked out the math for this new professional football league.

Sure, Jethro may have needed both of his hands to count the proper number of “naughts” of dollars which the new AAF lost during just two months of play.

For new league to have survived, Charlotte billionaire, Tom Dundon (the football league’s equivalent to Jed Clampett who is…correction, WAS…reportedly worth $1.1 billion) would have to continue losing nearly $10 million per week just to keep the new league afloat.

For his generous $250 million financial donation to the AAF, Dundon effectively bought his way to becoming the league’s chairman in week 2.

Just because you are (oops again, were) a billionaire doesn’t mean that you have all of your money in cash, either.  It’s hard to watch your fortune heading downward when the league had no realistic chance of making a profit anytime soon (if ever).

Pardon my pun, but “Dundon was done”.

And here’s why.  The chart below (which reflects my best guesses on most items) clearly shows you that a football league which averages 15,000 fans per game at an average net ticket price of $20 was doomed from Day 1:

Doing my own unofficial creative SwampSwami financial cyphering, even Jed Clampett himself would have been ruined.  Granny might be happy to return to the hills, but the mansion and Ellie May’s ce-ment pond would have been sold by banker Drysdale if Jed Clampett (I mean, Tom Dundon) kept up this charade.

If the AAF was losing up to $10 million per week, no one (not even Vince McMahon) would have been willing to lose that much money to save the AAF.

Yes, Vince McMahon of WWE fame thinks he can make a go of his XFL (Version 2.0) next spring.  He sold 3 million shares of WWE stock at over $80/share to put about $250 million in his pocket, too.

Hey, Vince.  You might want to place to a call to the former chairman of the AAF and see how fast you’re going to burn through your money next year!

Sometimes, personal egos get in the way of common sense.  In the case of a starting-up a competing professional football league, you better bring deep pockets or a large number of equally egotistical and benevolent rich friends on-board very quickly.

So, good-bye AAF!  Though some of us will miss you, not enough of us got to know you, either!

Though your on-field product was very appealing, your financial management skills were, in the immortal words of Jed Clampett, “Pit-i-ful!”