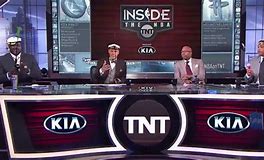 Sports should be fun.

There is no question that a sporting event can become intense at times for both the players and the fans alike.

At the professional level, athletes at the top of their sport are paid handsomely to perform well and are expected to win.

Fans of professional athletes and their teams pay handsomely for tickets and are forced to endure a never-ending onslaught of media advertisements in order to watch their favorite stars perform.

As part of this information age, the television networks have an endless supply of statistical data available (some relevant, others not) to add a sense of drama to sporting events along with a cadre of analysts (many of whom played the sport professionally) to help impart knowledge from the players’ viewpoints.

In many cases, though, the missing element in televised sports presentations is the keeping the game fun for fans.  The ability to relate to the average fan and keep sports fans entertained has been an underappreciated art form when it comes to live sports on TV.

Fortunately, TNT’s “Inside the NBA” basketball coverage before, during, and after the games has become “must see TV” viewing for hoops fans.

Barkley (known as the “Round Mound of Rebound” as a player) was known for his outlandish takes while in the NBA and doesn’t hold back his feelings night after night in the studio.

After Golden State routed the Houston Rockets in Game 1 of the Western Conference finals, Chuck took a cheap shot at his ex-team in Houston.

“Anybody who thinks the Rockets are going to win a game or win this series is an idiot,” Barkley said.  (As of this writing, the series is now tied 2-2.)

Kenny Smith, a former Houston Rockets star, is the primary replay analyst and enthusiastically breaks down key plays to help give the viewers a better understanding of the action on the court.

At 7’2″, Shaquille O’Neal is the newest member of the team and usually cuts right to the chase with his analysis.  You never know if he and Charles Barkley will agree on an issue or disagree – sometimes vigorously.  Shaq’s willingness to participate in some of the lighter moments has helped endear the big man to a new generation of basketball fans.

The ringmaster of the TNT “Inside the NBA” coverage is Ernie Johnson, Jr.  He is the son of longtime Atlanta Braves’ play-by-play man, Ernie Johnson.

Johnson is always prepared with pertinent questions for the panel and has the rare ability of knowing when to stay out of the discussion at times.

“You’re the dad who turns around and says, ‘If I hear anymore I’m going to stop this car and turn it around,” he said.

The TNT crew combines impeccable analysis of the action, on-screen chemistry, and adds the most important factor of all – fun.  The lighthearted moments are oft-times ad-libs while other times enhanced by smartly scripted bits.

The “Inside the NBA” cast has a funny bit where they will don their fishing hats, rods and reels as they bid farewell to another team exiting the NBA playoffs.

“Time for the Utah Jazz to go fishing!” as the TNT graphics team makes it appear that the crew is on a fishing boat.

TNT’s season-long coverage of the NBA will end this Memorial Day weekend with the Western Conference finals.

This is your last chance to watch a great show.  Don’t miss the boat!