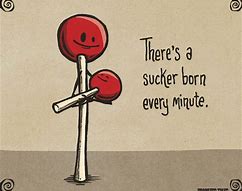 Let’s say your favorite National Football League franchise gets to pick early in the first round of the draft on Thursday night.  By now, you may be emotionally on edge after being bombarded by all of the media reports about why your team needs to select Quarterback “A” vs. Quarterbacks “B, C, or D”.  Maybe your team should trade down or trade up?  Whatever we do, we cannot let another despicable team select our desired player!  Noooooooo!

Why do we keep doing this to ourselves?  Maybe it is because part of the psychology involved with our addiction to football is the fun of feeling like you (and your friends) can draft, coach, and call the plays better than the management and coaches of your favorite team.

Did you know that not ONE single player drafted as the overall #1 draft pick in the last 13 drafts has won a Super Bowl ring?  In 2004, Eli Manning (who said he wouldn’t play for the San Diego Chargers and was traded to the New York Giants) was the last #1 overall pick who has a part of a Super Bowl championship team.

The process of selecting one of the top college football players on Thursday night is similar to going to the supermarket and trying to select the best steak for your weekend backyard grilling.

A steak which looks terrific to you (Cleveland Browns fan) may not look that good to the guys holding the #2 pick (New York Giants) or the #3 pick (New York J-E-T-S, JETS, JETS, JETS!).  You may prefer that tasty T-bone, but those other two guys may be eyeing a succulent sirloin or, of course, a New York strip steak.

Every team looks at their options at the meat counter differently.  But, year after year, the best teams (such as the New England Patriots) always seem to make good choices at the bottom of selection order while the perennial losing teams (you know who you are) fail again and again.

Perhaps the best teams may simply use a better recipe to cook their steaks (coaching, training, player development/leadership) while the bad teams have a tendency to burn or under cook even the best steak because their kitchen team (management, coaches, players) doesn’t follow a successful recipe.

There is one more reason why the perennially bad teams show up at the top of the NFL Draft every year and make the same mistakes over and over again.

Pressure from the ownership is applied to the management to select a particular player who might help put more fans in the stands (example – QB Andrew Luck).

Pressure from the fans to find the most incredibly gifted and superior athlete ever before seen (QB Jamarcus Russell and DE Jedeveon Clowney come to mind) who will single-handedly lead their teams to the Super Bowl soon.  How is that working out, Oakland and Houston?

But the most intense and never-ending drumbeat of pressure is being applied (weekly, daily, and now, minute-by-minute) by the sports media.  Interviews and opinions are garnered from NFL owners, management, coaches, players, former players, media talking heads, and even the gang at Moe’s Bar.  Surely, they will know who is best player to select this season!

Regardless of how badly your team drafts, the sports media will emerge as the big winner year after year.  Just take a look at the number of television shows on ESPN, Fox Sports1, and others in the weeks, days, and hours (watch for the countdown clocks!) leading up to the NFL Draft on Thursday night.

Those NFL pre-draft shows are there for one good reason.  Advertising revenue!  Viewers are willing to get emotionally involved with the selection of players by their favorite teams.

What other sport can draw large numbers of sports fans back to the television in late April?  Though the NBA and NHL playoffs have their dedicated fans, the National Football League remains the King of television ratings.

As we know, it’s good to be the King.

So, cue the Billy Joel classic hit, “Pressure“, as the Cleveland Browns are (as of this writing) on the clock with the first pick of this year’s 2018 NFL draft.

Will they select Quarterback “A”, “B”, “C”, or “D”, gifted running back “E” or even defensive stud “F”?  Or will they chicken-out and trade it away to some other team eager to move up to please their ownership and fans?

If the Browns decide to cut a deal with that first pick, the recent history of NFL bottom feeders suggests that there should be plenty of other organizations salivating to make a deal for the “perfect” player.

The clock is running.  Pressure’s on.