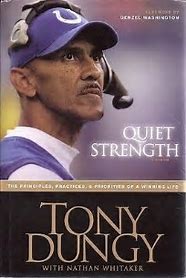 The NFL’s Indianapolis Colts are looking for a new head football coach – again.  After firing Coach Chuck Pagano this season after a mildly successful five year term that ended with a dismal 4-12 final campaign, the Colts set their eyes on the offensive coordinator for the AFC champion’s New England Patriots.

Josh McDaniels had agreed to take the Indy job but, due to the NFL’s rules, was prohibited from accepting the Colts’ position until the season ended for his current employer (the New England Patriots).  After the Patriots lost their Super Bowl finale on Sunday to the Philadelphia Eagles, it was now time for McDaniels and the Colts to make the hiring official.

After contracts were signed and deals were done, someone (McDaniels) kinda forgot to tell his new bosses (the Colts) that he had second thoughts about taking the new job.  On Wednesday, the Colts called a press conference to announce their new head coach.  Unfortunately, Josh McDaniels turned down the new job with Indianapolis.  Oops!

Making matters worse, the Coach-that-Chickened-Out had made employment offers to several other coaches for positions with McDaniels’ Colts, too.  Some of those coaches had already left their prior employers on the good word of their good friend, Josh “Cold Feet” McDaniels.  His incoming coaching staff was now being left behind at the proverbial altar by their no-show, no-good, dirty-rotten scoundrel – Josh McDaniels.  Oops, again!

McDaniels has decided to stay in New England as their Offensive (very offensive to Colts fans and several incoming coaches) Coordinator.  Rumors have it that he has the inside track on the head coaching job if/when current head coach, Bill Belichick (now 65 years old) retires.

Fortunately for the prospective incoming coaching staff, the Indianapolis Colts have agreed to keep at least a few of the assistants regardless of who becomes the next head football coach.

Who’s next?  At this point, the Colts are behind the proverbial eight-ball as the other NFL teams have pretty much assembled their coaching staff for next season.

There is one man who would be universally welcomed as the head coach by football fans in Indianapolis and across the league.  He is the same man who led the Colts to a Super Bowl championship in February, 2007.

That man is none other than Tony Dungy!

Dungy, who is now 62 years old, retired from coaching after the 2008 season in Indianapolis after taking the team to 12 wins in his final year.  Dungy’s Colts were a perennial playoff team, and Dungy was so beloved in the Hoosier state that his name currently hangs in the Colts’ Ring of Honor in Indianapolis.

After leaving the coaching ranks, Tony Dungy has authored several successful inspirational books including the New York Times’ #1 Non-Fiction best seller, “Quiet Strength”.  Dungy is a devout Christian who is a renowned speaker.  He devotes much of his retirement time assisting several charitable causes and helping people.

Dungy has become a successful television analyst for NBC Sports during their Sunday Night Football coverage.  Dungy’s soft-spoken teaching/coaching style had already won him respect in the locker rooms around the NFL.  On Sunday nights, Coach Dungy has won over millions of football fans across America.

Dungy’s departure from professional football coaching seemed to have come a few years too early, but Tony wanted to spend more time with his family.  You certainly can’t argue with that.

Wouldn’t it be great if this Pro Football Hall-of-Famer would come out of retirement for a season or two to help lead this once-proud franchise back to relevance once again?

You can tell that Tony Dungy still has some fire in his belly on behalf of his former employer.  Today, Dungy spoke-up about Josh McDaniels’ bail-out on both the Colts and on his incoming coaching staff.

“It’s one thing to go back on your word to an organization. But having assistant coaches leave jobs to go with you then leave them out to dry is indefensible.”

Wouldn’t it be priceless to see Josh McDaniels and the New England Patriots come into Indianapolis someday soon to play a Tony Dungy-led Colts team?